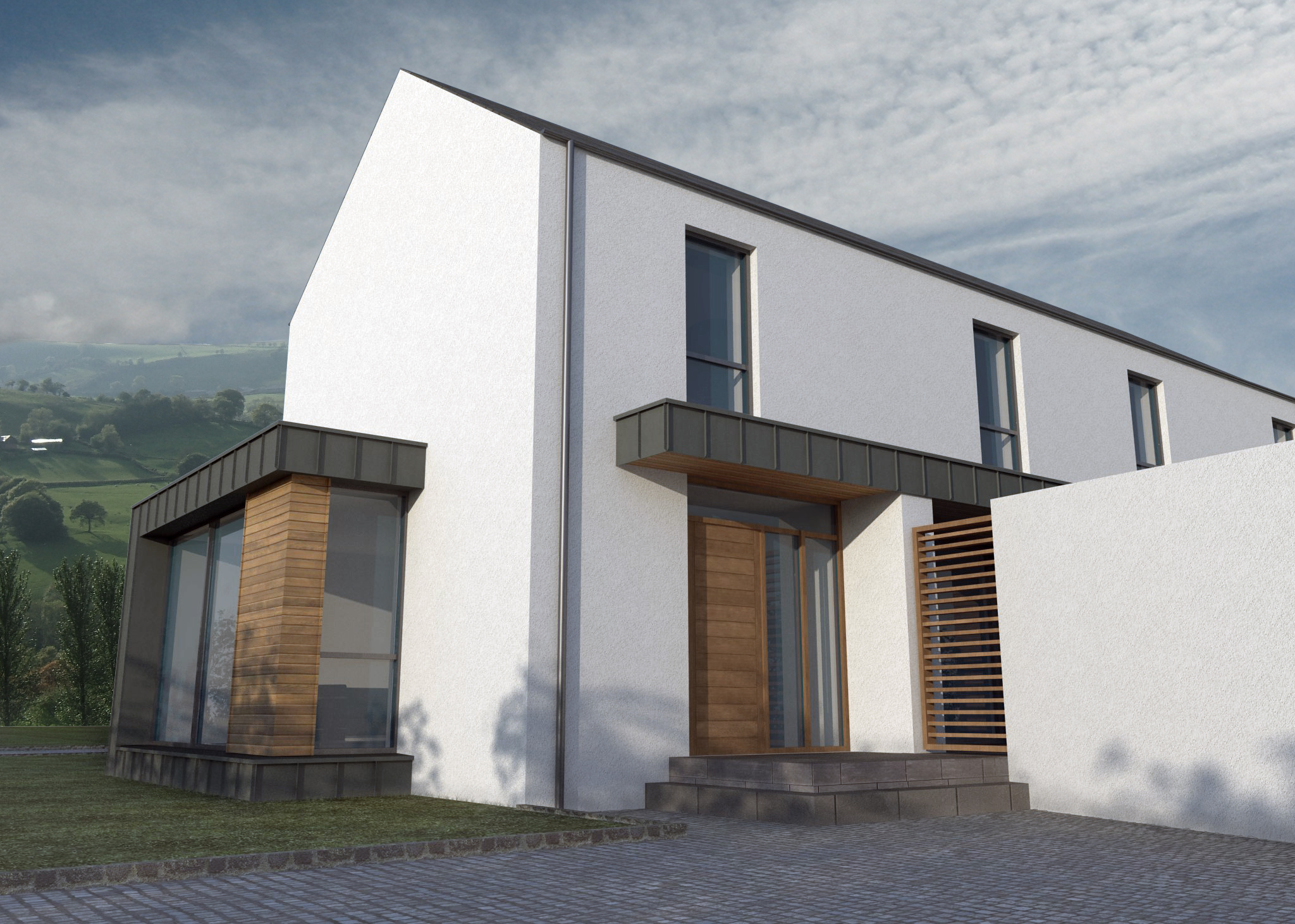 Impending nuptials and the offer of a site, meant that Martin, who always had a keen interest in sustainable and energy efficient building design, was able to research, experiment and explore different methods of construction and heating systems for his own self-build house.
Around this time Martin decided to take a job working for Setanta Construction, a Passive House Registered builder, and was tasked with studying ways of improving the thermal performance of their buildings to find the most economical method of construction; discarding any solution that had too long of a payback time.
Various construction types and junction details were studied based on running cost. From the initial results, he believed that a mistake had been made in the energy model or software.
The data showed that standard block construction lost over 50% of its heat through its thermal bridges. When he compared this to his enhanced thermal junction details, less than 20% of heat was lost; with only about 5-10% increase in construction cost. A re-run showed the exact same results. It was from this point that Martin set out to build an economical house; from a build cost and running cost perspective.
After researching different standards from around the world, Martin settled with the Passive House standard and enhancing it incorporating principles from Zero Carbon Standards.
Passive House is a German standard and is known as a ‘fabric first’ approach, which minimises the thermal loss and maximises thermal gains in the colder months. This is more than just increasing the insulation in the wall, floors and ceilings; every aspect of the construction and every component and junction are scrutinised to reduce heat loss, with an emphases on airtightness (if the building is not airtight it is like having an open window all year round).
With the building being extremely airtight, to keep the building a healthy place to be in, a mechanical ventilation and heat recovery system with highly efficient heat recovery has to be installed. Passive House also takes into account the efficiency of the heating system and lighting to further reduce the energy demand of the building.
With this viewpoint, Martin designed, built, and is now living in his own ‘Passive House’. He has a unique insight into the workings of a PassivHaus, as a result. Due to his research, skill and attention to detail, Martins house won ‘Energy Efficient House of the Year UK’; an accolade not often awarded to any building in Northern Ireland!
His house currently has an annual running cost (all energy / electrical bills and heating) of approximately £800; and his house sits at a very comfortable 22 degrees all year round. More importantly, Martins house makes £1000 of electricity in a year; meaning that he gains £200 on his energy bills every year.
If you want to know more about how you can build an energy efficient house; get in touch!

Energy Efficient House of the Year UK!!
Scroll to top