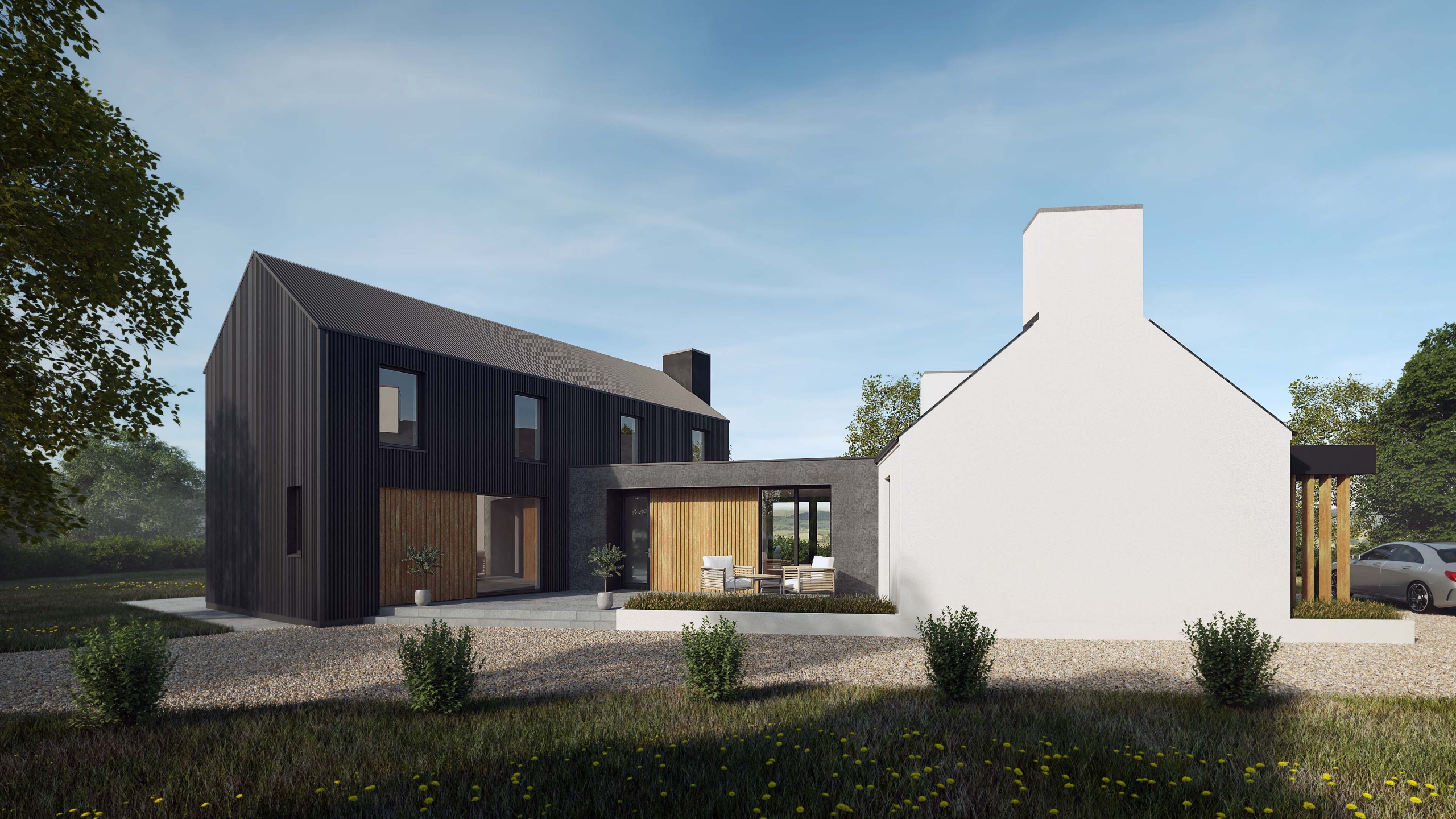 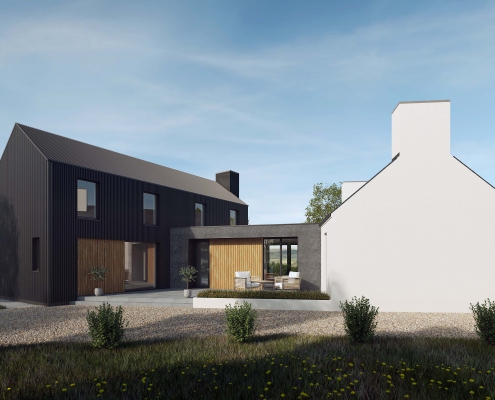 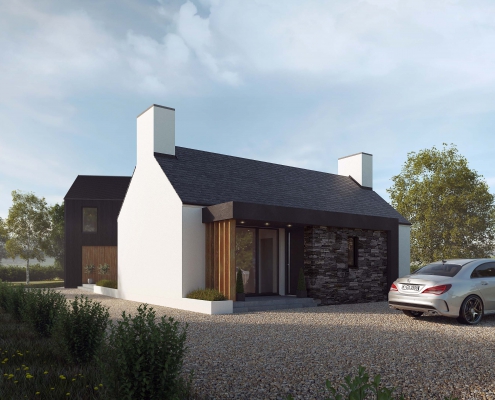 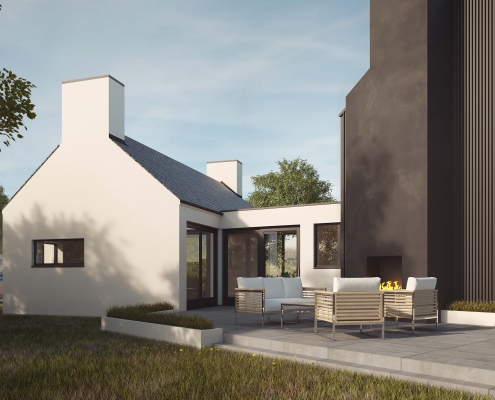 So called, because it is split into 3 blocks….

The client approached us with an elevated site, which had the potential of overlooking the bungalow situated on lower ground beside it.  The site was an infill site, in a row of bungalows….but the client wanted a 2 storey house; which planning were unlikely to be happy about.

Looking at the design, we thought initially about a compromise between client & planning….a 1 and a half storey?? But we thought this was more likely to mean nobody was happy.

Instead we looked at something a little more radical.  A simple traditional cottage at the front of the site (reflecting the rest of the row), and a 2 storey bedroom block to the rear, joined together by an open plan kitchen / dining / living area.

This meant that the cottage continued the ridge height of the bungalows on the road, and due to perspective (see sketch drawing), the rear portion could be 2 storey, and not appear to be any higher than the front block.