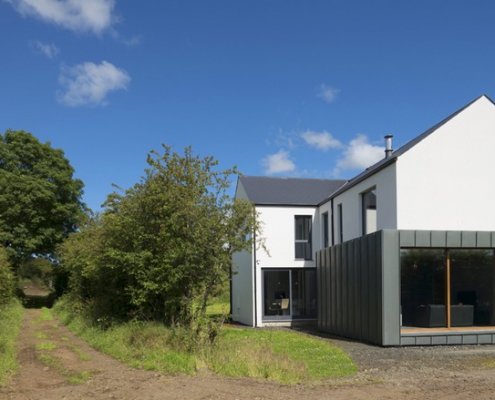 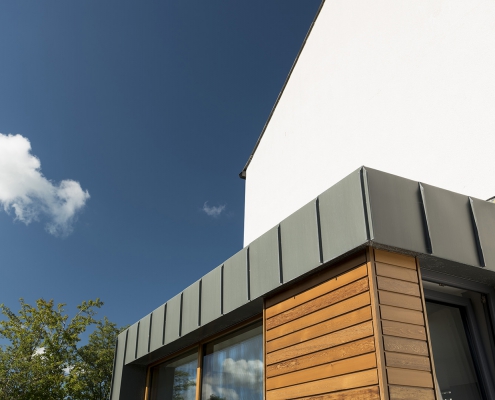 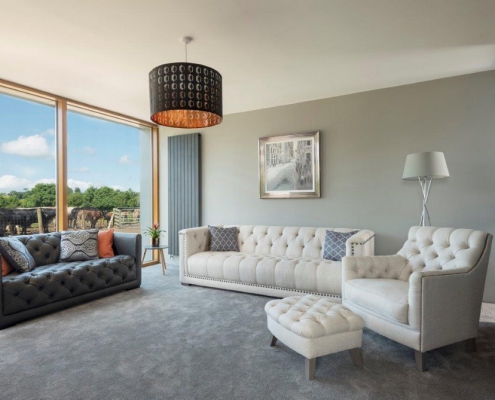 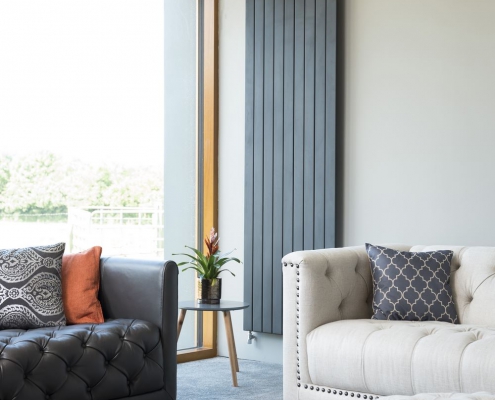 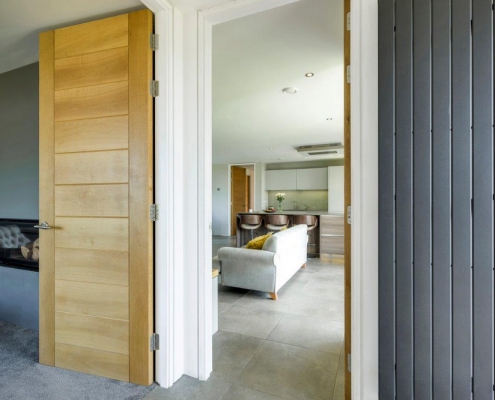 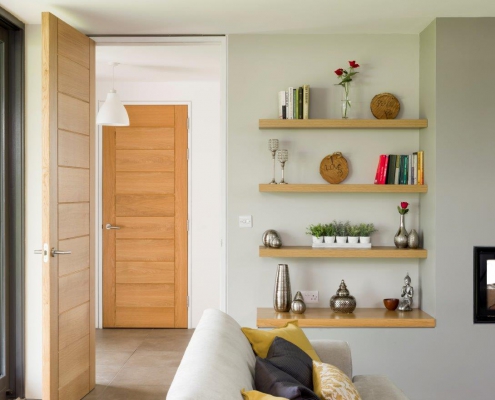 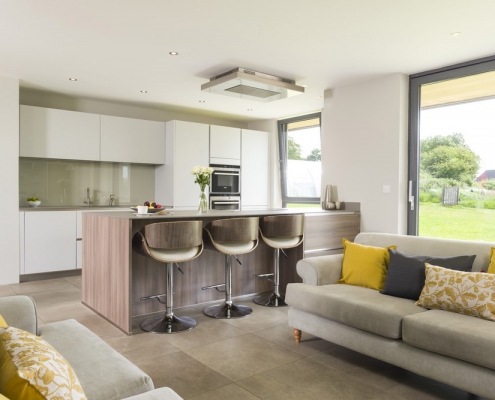 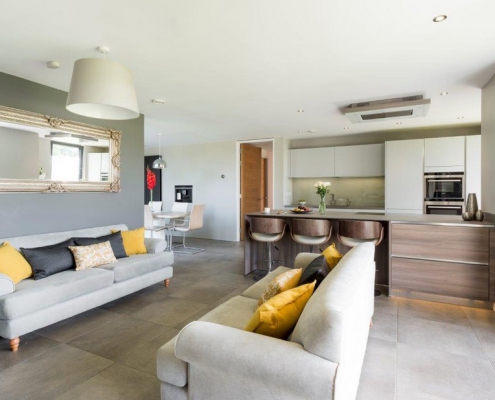 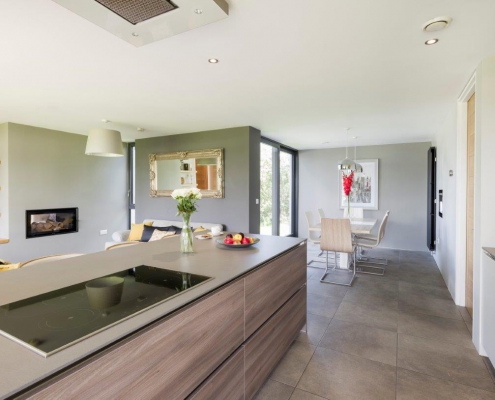 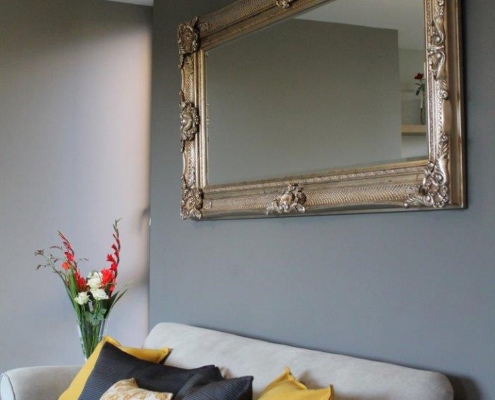 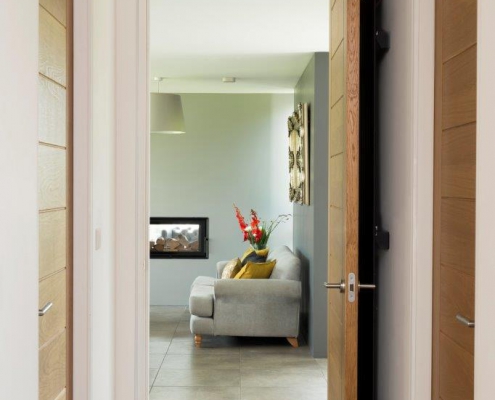 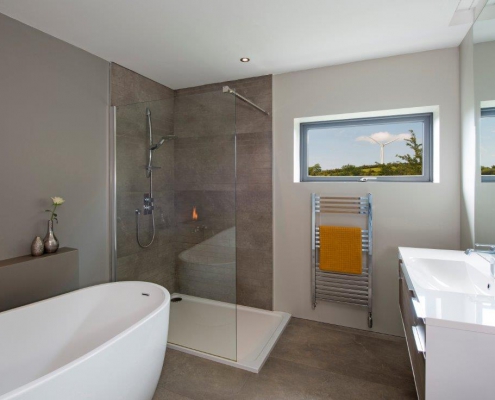 Designed as a dwelling on a farm, this passive house was designed to be a modern take on a traditional farmhouse; white walls, large windows and doors, with zinc highlights.
However, it is in the detailing and construction methods where the true magic lies in this house; hidden beneath the surface. Designed as a Passive House, this timber frame house is super insulated throughout, as well as being lapped and taped to achieve an air permeability result of 0.5 m³/(h.m²). To put this into context, Building Regulations require an APR of 10 and below.

To further contextualise the air leakage; in another house, an air permeability test of around 3 was recorded, which was unusually high for this contractor. The contractor set about trying to rectify the air leakage. It transpired that two roof light windows were open. Once closed, it reduced to around 1: poor airtightness can be like having windows open all year round.

Heat loss through thermal bridging, surprisingly, can be substantial. In a new build house, with traditional construction details, up to 50-60% of the heat loss through the fabric of the building can be via cold bridges. In this house, all junctions were thoroughly analysed to reduce heat loss. Details were carefully considered; cold bridges were either designed out or mitigation methods put in place to reduce others, using thermal blocks and insulation, thus maximising the energy efficiency of the house.

With an air source heat pump for hot water and heat, and the installation of 4kW of PV solar panels, the energy bills for heating and electricity is approximately £600 per year. Moreover, the money received from electricity exported & ROC’s, not only cancels out all the energy bills, but actually makes the owners a surplus income of a few hundred pounds a year.

The result is a contemporary home which manages to both exploit and respect the environment in which it sits. It nestles into the corner of the field, grouped in a traditional clachan, making the most of the topography, orientation and views; whilst using the sites natural resources to reduce the carbon footprint to negligible levels, actually making money in the process.